It’s a little nuts, but wanted to share for the first time how we photographed “Dilbert the Duck visits the Grand Tetons” to look the way it did. It’s trickier than you think (even as pretty as the Tetons are)— sometimes it takes a little… well… craziness! October 2021, our caravan passed through pouring rain on the freeway in Salt Lake City. The trip would take 9 hours to arrive at Jenny Lake; we packed plenty of food and activities for everyone (Scott, Debbie, Justin, Ashley and their 3 girls). The drive itself wasn’t the craziest part— it was when we arrived at Jenny Lake around 5pm and instantly went on to the 7 mile long hike as a group. Yes, right after driving 9 hours we booted up and hiked 7 miles with everyone so we could get the best lighting and photos for the book.

Ashley captured the lake beautifully!! Then we hiked back in the dark, fully aware we only had one can of bear spray to keep us all safe. We then heard some rustling in the bushes and sure enough in the late evening light we could see a bear chewing on a small branch just 20 yards away. For the first time, we decided to read the instructions on the spray for the first time!

Luckily we didn’t need it, but we were so grateful we hit the light when we did. Tetons has some of our favorite pictures yet! Also, when we finished, we then drove another hour to our Airbnb where we crashed hard. We settled in front of the TV, not sure what to watch until Bob Ross appeared on the guide. The girls (who had been CHAMPIONS through all of this) asked if they could watch it. Funny enough, Bob Ross became our show before bed every night we stayed in Tetons; it made for a fun end to the day.

This photo was of Debbie (author) on one of our days exploring Tetons after that first big day. Shortly after this photo, we took a picture that became the cover of the book. 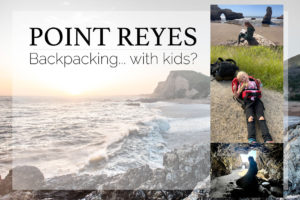 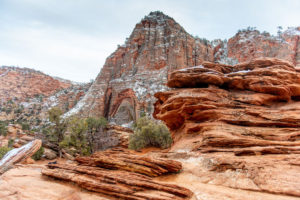 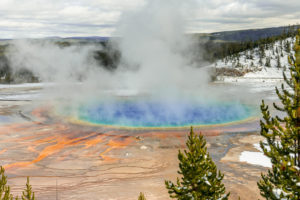 Is Yellowstone Better Than Grand Tetons?

Yellowstone Grand Tetons National Park which is better for driving/hiking